Let No Loop Down 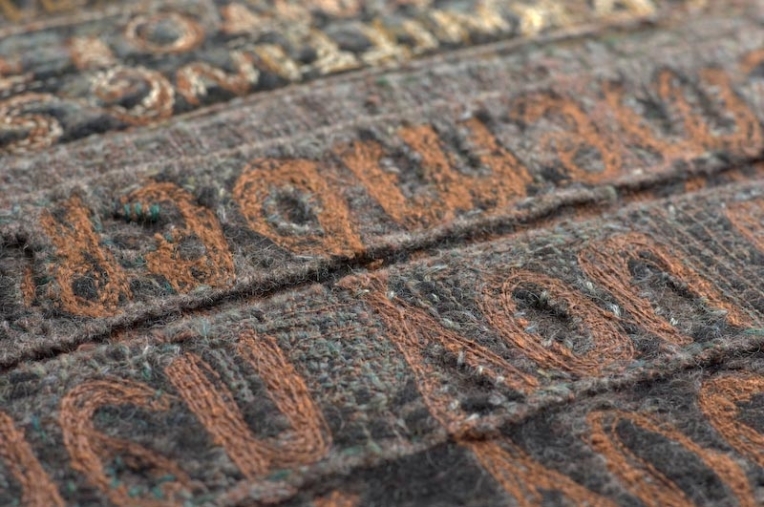 First a little background history to put this body of work into context. Traditional knitting sticks or sheaths were a simple piece of technology to help in speeding up the knitting process so that the knitters could work more quickly and efficiently, and were of particular value to women who had to produce goods for sale to augment the family income.

The stick was usually made of wood, and supported the working needle in a fixed position by means of a hole in the top of the knitting stick. It was tucked under the arm or into a waistband, enabling the hardworking knitters to travel on foot to market, or to tend the farm sheep, while continuing to knit. The fixed needle position helped them knit more speedily.

Textile Narratives set out to capture something of the lives of these traditional knitters, their surroundings, and their work, including the splendid examples of darned stockings in the museum collection, where in some instances it is almost impossible to see the original heel shaping for the layers of darning.

The idea of darned text panels in which the words were only partially readable began with knitting-stick texts, darned stockings and weatherworn words carved into old headstones.

In some of the pieces the wrong side of the knitting is used as the front of the work, or the text is reversed to read backwards or upside down so as to partially obscure the meaning or sense of the words. Individual letters were rearranged, distressed and cut into to form checkerboard patterns echoing the formal geometric designs and knitted-in names found on the hand-knitted gloves in the Dales collection. Colour stories were developed to suggest museum artefacts; ancient documents and the surrounding landscape.

Examples of texts included in Textile Narratives were Let no loop Down: On thy breast my heart doth rest: When this you use then think of me: The hand of diligence maketh rich: and the very formal Her Knitting Sheath Sept 10, 1812. 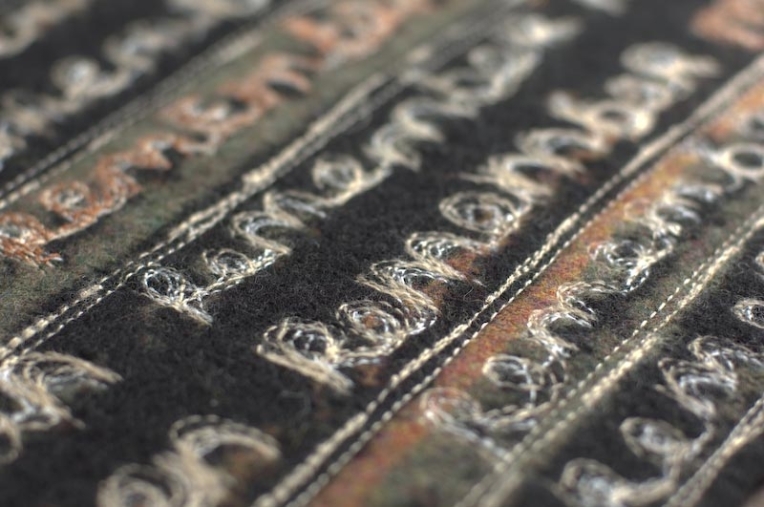 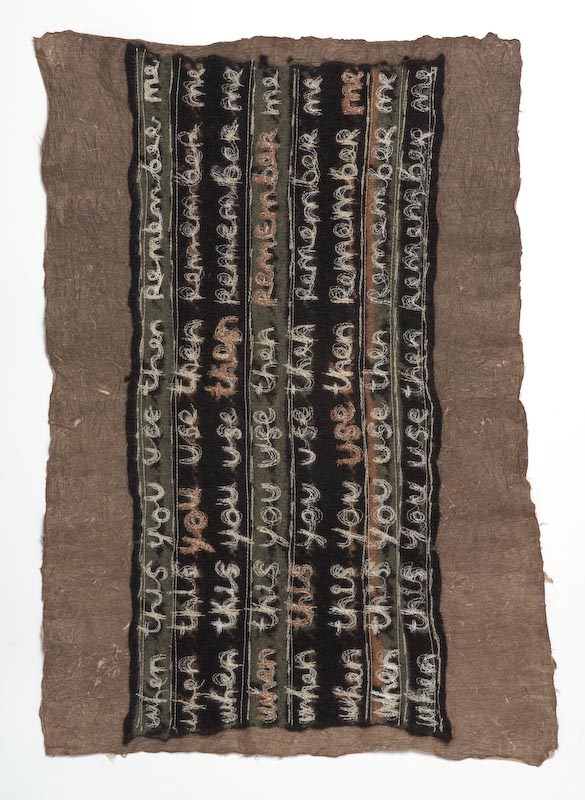 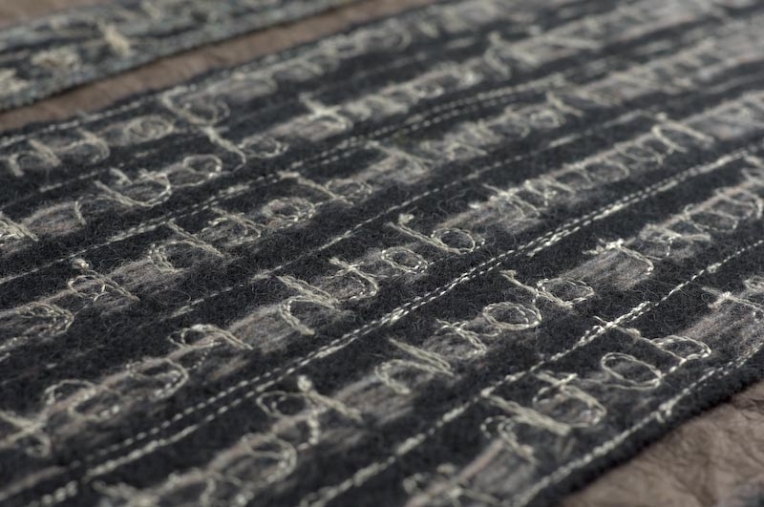 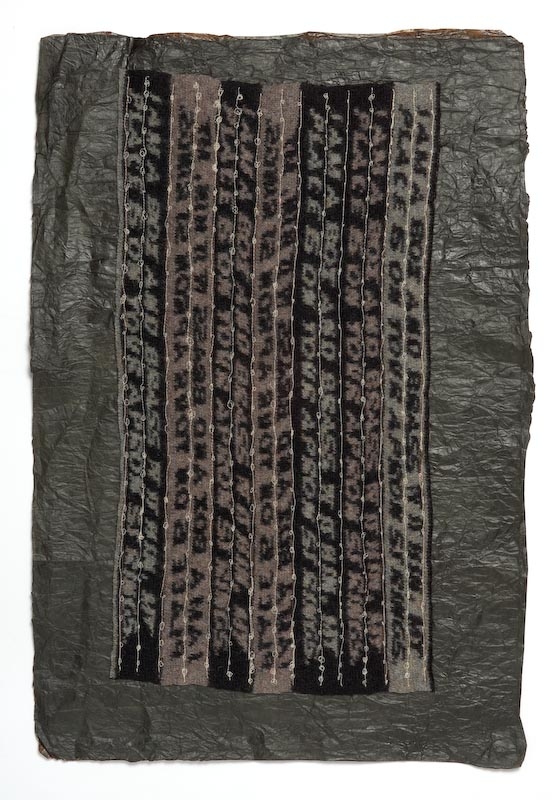 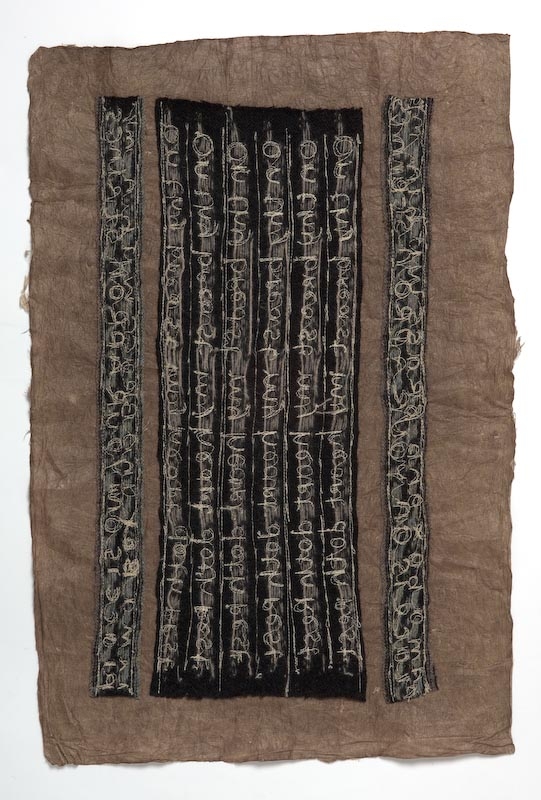 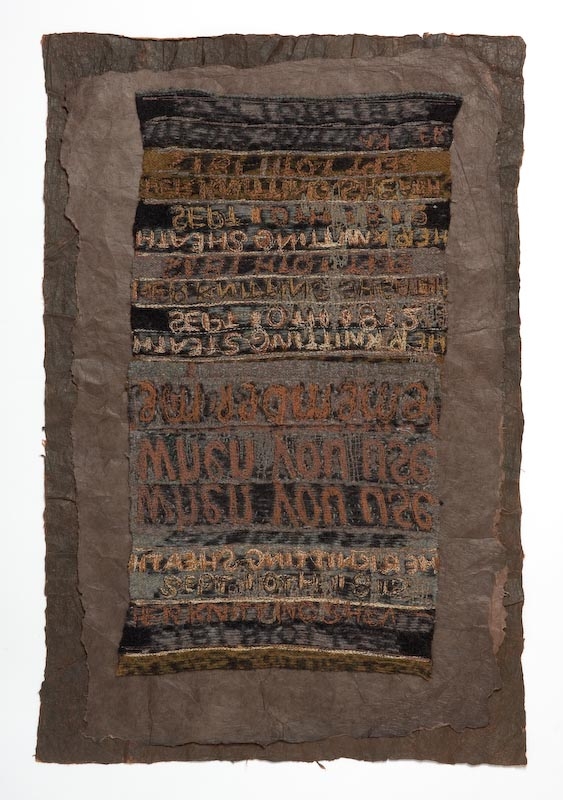